Have you ever wanted to get rid of Microsoft Windows and switch to Linux but you just aren’t sure which version of Linux you should use? I know, it can be tough to choose. After all, there are so many different distributions out there it can be hard, especially if you are new to the world of Linux.  But that’s where we come in.

We are big fans of Linux around here, and we want to make sure you find the right Linux distribution for your needs and your machine. That’s why today we are taking a look at the best Linux Distributions for your Desktop so you can choose the best distro for your setup.  We are confident that one of these will work for you so you can make the switch without too many problems.

Shall we get started? These distribution are in no particular order as each of them are made for specific uses and for use on different types of machines. 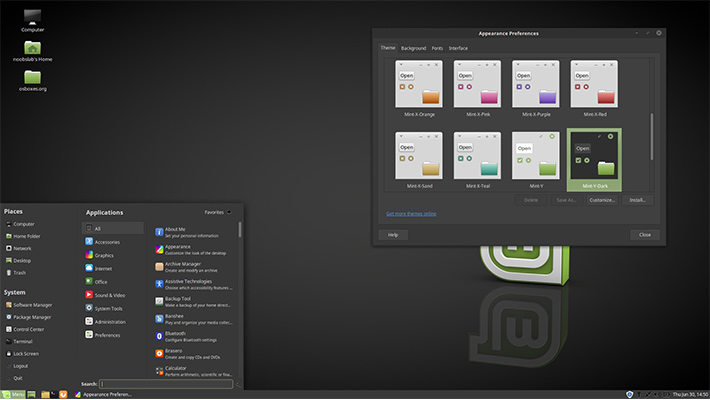 Based on Ubuntu Linux, Linux Mint provides an interface that is much more Windows-like than other distributions out there. This makes it a great Linux distribution for any newcomer to Linux. Because the interface is similar to Windows, most new users will find it intuitive and easy to navigate. Because it’s based on Ubuntu, you have access to the amazing Software Center to find any type of app you want with just a few clicks and it is easy to find support if you have questions. If you are a new Linux user and you are looking to move away from Windows, this is a great option to try when you first dip your toe into the world of Linux.

Hands down Ubuntu Linux is one of the most well known Linux distributions in existence today. In many ways, their work has helped popularize Linux and bring it more into the mainstream. I can’t imagine a Linux world without Ubuntu, and it is often my go to distribution even today. It’s Unity interface is gorgeous and has finally matured into a true GUI contender in the world of Linux. Ubuntu includes an amazing software center to give you the software you want with the click of the mouse and there is so much support out there you will easily be able to solve any problem that may arise. Still, because of its ease of use and generous use of eye candy, you will want a system that is a little more powerful to run it properly. But if you put this OS on a brand new machine, you will really love the results. Just stick with other options if your machine has a bit of age on it. 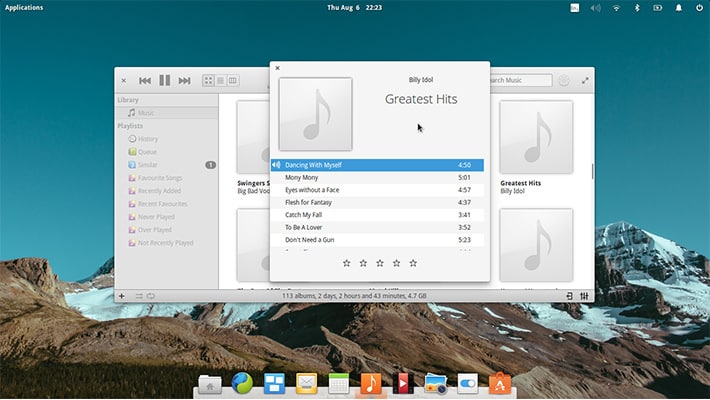 Are you looking for a Mac feel to your system but you don’t have the thousands of dollars to buy a Mac? Enter elementary OS. This distribution is yet another distro based on Ubuntu, but it has been extensively customized by the elementary OS team. The overall look and design of the operating system will remind you of Mac and they have even include customized apps to give you a very integrated and seamless experience. Of course, because it’s based on Ubuntu, you can install anything from the Software Center so you can run whatever you want. In my experience, this version is even more resource heavy than Ubuntu, so make sure you use a powerful machine when running it to take advantage of all the graphical effects that it provides. 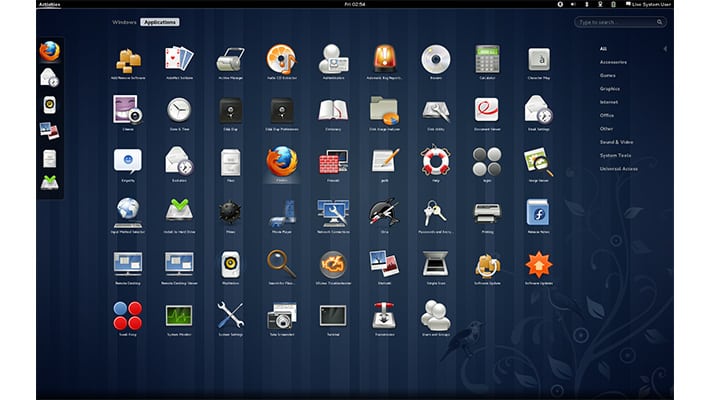 If bleeding edge is you, then look no further than Fedora Linux. This distribution of Linux is produced by the same people that make Red Hat Linux, but it is more a test bed of new features and is also the community version for everyone to use. Because of this, you will find the latest versions of software on this version which means you may run into issues here and there. Still, Fedora is rock solid and stable and a great choice for your next Linux distribution. Out of the box it uses Gnome 3 as its user interface which is gorgeous but a little different than other graphical interfaces out there. Still, you will get used to it. If you don’t, you can always change it. This is Linux after all and freedom is the name of the game. 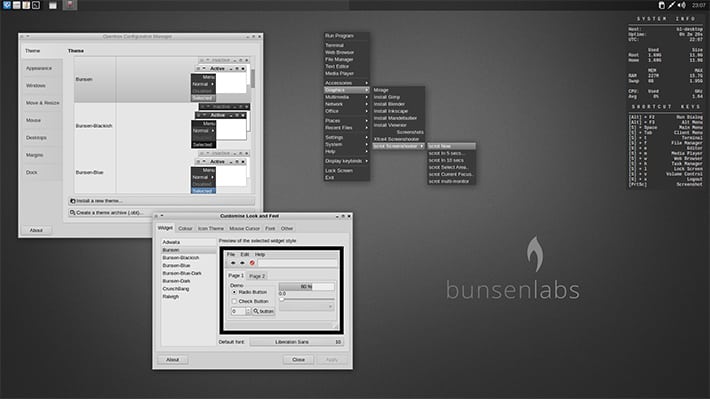 Do you have an old desktop that is just too slow to run Windows these days? If so, then Linux could be your solution. Still, even Linux can be resource heavy depending on the distribution you choose. That’s where Bunsenlabs Linux comes into play. Based on the now defunct Crunchbang Linux, BunsenLabs Linux is designed to run on low end machines while still giving you all the features you need in an advanced Linux operating system. While the interface is a little more basic than other Linux distros, you will find everything you need to control your system with a simple right-click menu. If you want to breathe new life into an old desktop you have sitting around keeping a door open, then this is definitely the distribution for you. 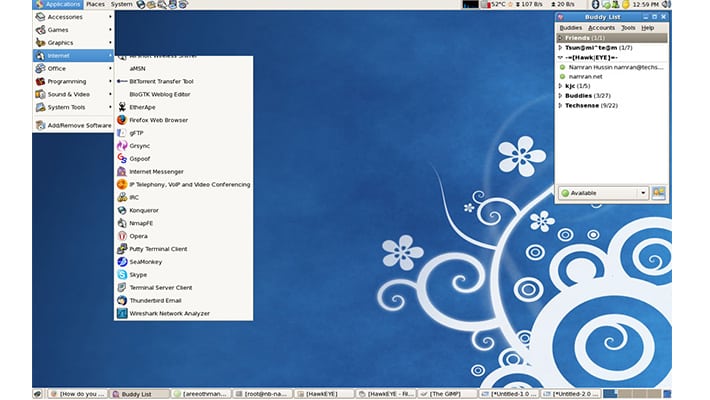 If you have a website hosted somewhere on the Internet, there is a good chance that its powered by CentOS. That being said, CentOS is also a great option for businesses and home consumers alike that want to create and run their own server. It excels in web servers, but can also be an effective file server or even the basis for your media center server as well. CentOS is based on Red Hat Linux and as such there is a ton of documentation out there and community assistance to help you with any problem you may run into. While it may not be the prettiest and great for desktop use, it is a great server option for anyone looking to run their own servers. 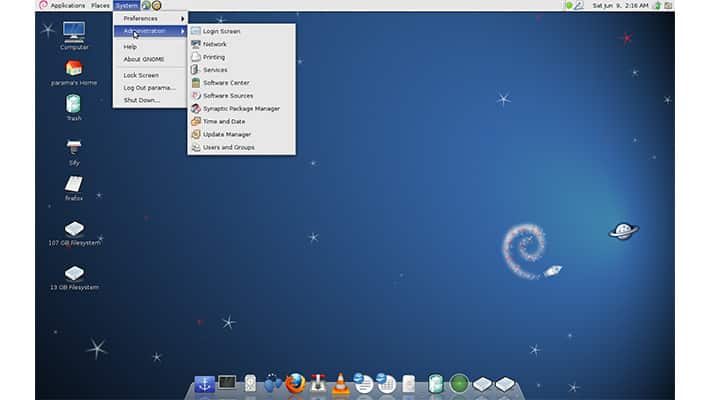 Debian Linux is the version of Linux than many other distros are based on – even Ubuntu. If you are a more advanced Linux user, why tie yourself down to Ubuntu or other distros based on Ubuntu? Why not go back to where it all began. Debian is a little more difficult to use and it doesn’t hold your hand as much as other distros, but it is streamlined and powerful making it one of the best choices out there for Linux. Still, I recommend this one for someone who has Linux experience already, as you may find it a bit overwhelming if you are new to the world of Linux.

Remember, you don’t have to completely give up Windows right away if you aren’t sure if Linux is right for you. All of these distributions will allow you to setup a dual boot environment. This means you choose to load Windows or Linux when you boot up your machine. When you are ready to make the switch permanent, you can delete Windows once and for all. I recommend you do this when you first begin your journey towards Linux, as if you run into issues along the way you have Windows to fall back on. It never hurts to be prepared.

Linux is one of the most powerful, advanced and secure operating systems in the world. While it still lacks adoption in the world of home desktops, it powers servers around the world. Just because it hasn’t been adopted as much in the consumer desktop world, doesn’t mean that it isn’t perfectly suited to power desktops. If you want a secure and efficient operating system, Linux is by far your best choice.

These distributions represent some of the most powerful and easy to use desktop Linux distributions available today. Any one of these will give you a spectacular user experience on your desktop. If you are tired of being trapped using Windows and you don’t want to pay the huge costs for a Mac, then why not try Linux instead.

Have you tried switching to Linux? If so, tell us about your experience and which Linux distribution you chose for your desktop in the comments below. We would love to hear what you thought about it compared to Windows.