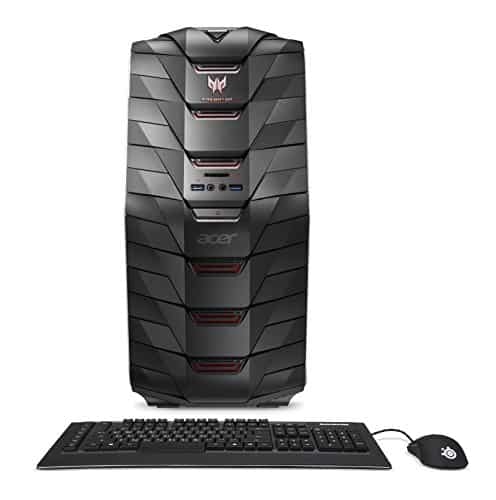 The Acer Predator AG6-710-70002 is a bestselling 2015 gaming PC that received positive reviews for its combat inspired design, powerful hardware, great gaming performance and cool operation. Reviewers said that this machine handled all that they threw at it with ease. The only negatives were that the motherboard does not offer SLI support as well as the internal wiring was messy and unorganised. Users in the market for an incredibly capable gaming rig with the looks to match should look no further.

Submit your own review Cancel reply