Apple recently announced their new line-up of iMacs at this year’s WWDC. While there were a four iMacs that were announced, the iMac Pro is the most noteworthy of the bunch. It has been developed to be the most powerful iMac ever and its specs on paper are extremely impressive. It has even been dubbed a “Super Computer” by many and while this may be, this All-in-One will also come with a monster price tag to match.

This is where things get interesting, as the base-model will ship with an 8-Core Intel Xeon processor. Now for those who have never heard of the Xeon range, they are the processors used by many professional workstation PCs and by many servers across the globe. They are extremely powerful and are not as commonly found in the consumer market as the popular Intel Core series. Though, Apple didn’t stop here, they will also be offering a model that will ship with 10-Cores and even a monster 18-Core version. Though, we can expect the 10 and 18-Core versions to add a huge chunk of money to the already massive price tag.

In the past, the most powerful machines were reserved for gamers and designers, but now with a whole new era of VR and the huge leaps made in AI, developers are after way more powerful machines. Apple has promised that the new iMac Pro will offer 11TFLOPS (A trillion floating point operations per second) of single precision computing performance or up to 22TFLOPS of half precision computing performance. This will be achieved thanks to AMD’s latest Radeon Pro Vega 56 GPU, though AMD have still not officially announced anything yet about these workstation cards. Regardless, the Radeon Pro Vega will offer 8GB or 16GB of video memory and offers similar performance to the newly released NVIDIA GTX 1080 Ti and the NVIDIA Titan XP. 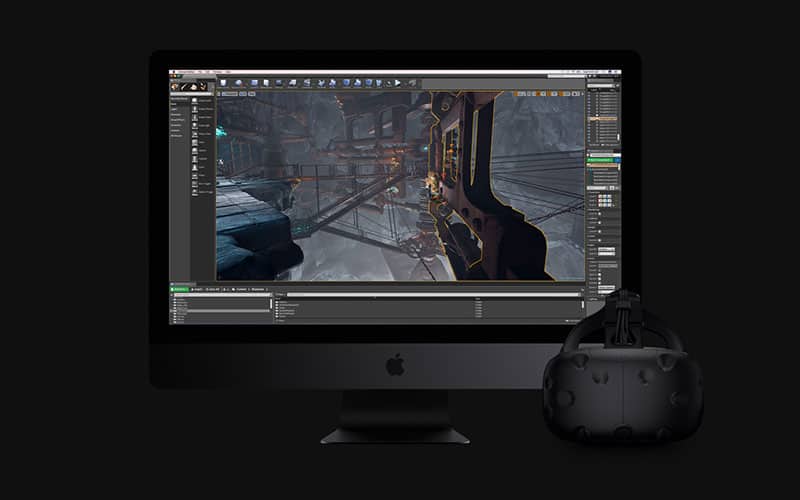 Apple announced at WWDC 2017 that all of their iMacs will come standard with a Fusion Drive, which is just fancy Apple speak for a Hybrid storage drive (SSHD). These drives offer increased performance over traditional hard drives as they have a non-user accessible flash memory which aids in the caching of information. However, the iMac Pro will be configurable with up to 4TB of SSD storage space. This will also drive up the price and users might want to consider a Thunderbolt 3 NAS option which will probably come in cheaper. The base-model will ship with a 1TB SSD and can be configured to 2TB or the maximum of 4TB, there doesn’t seem to be a 3TB option in sight though. Memory-wise the iMac Pro is said to be configurable up to 128GB and will use ECC memory (Error-correcting code memory) instead of the standard or gaming RAM used by many manufactures. This won’t really give it a performance increase, but will help to avoid and correct data corruption. The base-model will ship with 32GB of DDR4 2666MHz RAM and can be configured to 64GB or the massive 128GB that was mentioned at WWDC.

Apple has seemed to have learnt from their previous mistakes of the MacBook Pro and have not dumped the legacy ports that we know and love. Instead they have just added four Thunderbolt 3 ports to the existing four USB 3.0 ports that we are used to on the iMacs. They have also not done away with the SD card reader and have even added a much faster 10GB Ethernet port. These are the kind of ports that power users are looking for and they are the ports that went missing with the seemingly unpopular MacBook Pro with Touch Bar. 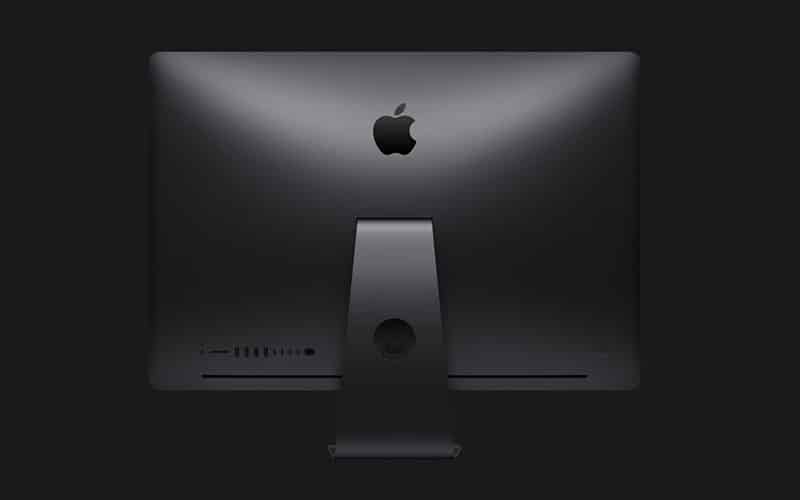 We all know Apple is way overpriced, many people say that you get what you pay for, however the base model will set you back a massive $4999. This will not be for their top of the line model, oh no, expect to shell out way more for the 4TB, 18-Core, Radeon Vega 16GB, 128GB RAM model. How much more? Well we don’t know yet, but knowing Apple it will be extremely expensive. So much so that building a rig will definitely be a more affordable option.

This iMac is not for the home users or even gamers as it has a massive $4999 starting price. Yes, you read that correctly, “starting price”. The new iMac Pro is for the working professional who wants an extremely powerful All-in-One workstation. Personally I still think that the price is slightly high and despite the 5K display I still think that there are other options on the market that might be better suited. This All-in-One should be released in December of 2017 and will be the only iMac to be released in the darker Space Gray color. If you were hoping on scoring a cool Space Gray keyboard and mouse then I have some bad news for you as Apple has mentioned that they will only be selling them with the iMac Pro.