If we look at most computers in the world today we can expect to find some version of either Windows or Mac OS X as their main operating system. So why has Linux not prevailed as the biggest operating system? You would expect that due to the fact that it’s almost always free that more people would flock to Linux, right? Well that was my thinking quite a few years ago, and while I still have a hard drive with a version of Linux Mint installed on it, I very rarely find myself booting into it despite it being there. I even have an Intel Compute Stick with Zorin installed on it that I never use as it is more convenient to use my Amazon Fire Stick on my TV for series and movies. So, let’s dive into the 5 reasons why I don’t use Linux as my daily driver. 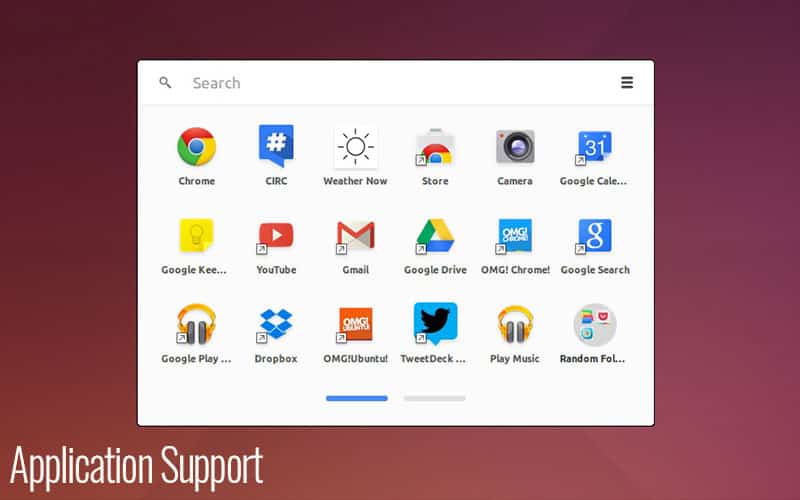 Linux has come a long way from its early days and there are more and more applications that we know and love that have now found their way to Linux. But when it comes to serious production applications it just fails to impress me. Sure there are some alternatives to some of our favorite applications and many Linux enthusiasts will claim that there are some great free applications that work just as well. However, I run Photoshop on a daily bases and there is no native support for the Adobe Creative Cloud on Linux. Sure, I could use a Virtual Machine and install Windows 10. However, this is a hassle and involves far too much effort compared to simply launching the application in Windows in seconds whenever I need it. I also don’t have the time to learn a new application and its various shortcuts. I am a creature of habit and even thinking of running GIMP or SumoPaint involves far too much effort than I would like to invest in Linux. You also cannot run Microsoft Office on Linux, sure there are some alternatives such as Open Office and Libre Office, however, they are not the same. For those who are thinking that I could simply use Office Online when needed, you would be wrong. You see, there are still some issue with Microsoft Office Online and this turns me off from using it. As once again, simply launching Microsoft Office is far easier than having to rely on an online version of a software. 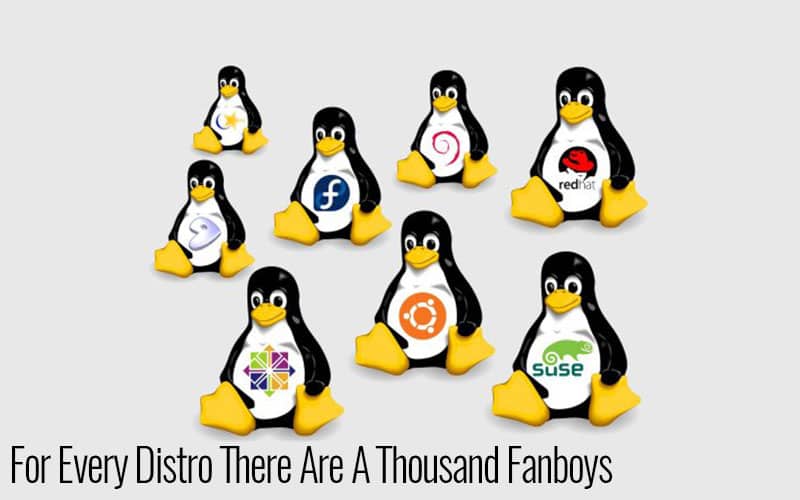 2. For Every Distro There Are A Thousand Fanboys:

If you have never used Linux and have no idea what a distro is, then let me quickly explain it in the quickest and easiest way possible. A Linux Distribution or distro for short, is an operating system that is based upon a Linux Kernel. Most people will be familiar with Ubuntu, however there are around 600 different distros on the net for you to choose from. While Mac OS is developed by Apple and Windows by Microsoft, there is no one developer for the various distros available to us. If you mention a certain distro that you are using online, there is no shortage of users who will tell you that you have made the wrong choice and that you should rather use one of the many other distros that are floating around the web. I’m sure that some of the more hardcore users started foaming at the mouth when I mentioned the fact that I have Mint on one of my hard drives. My biggest problem is that there is no one distro that offers me what I need or want from an OS and while I have not tried all of them, the 30+ that I have meticulously researched and installed have never really convinced me to move from Windows to Linux. 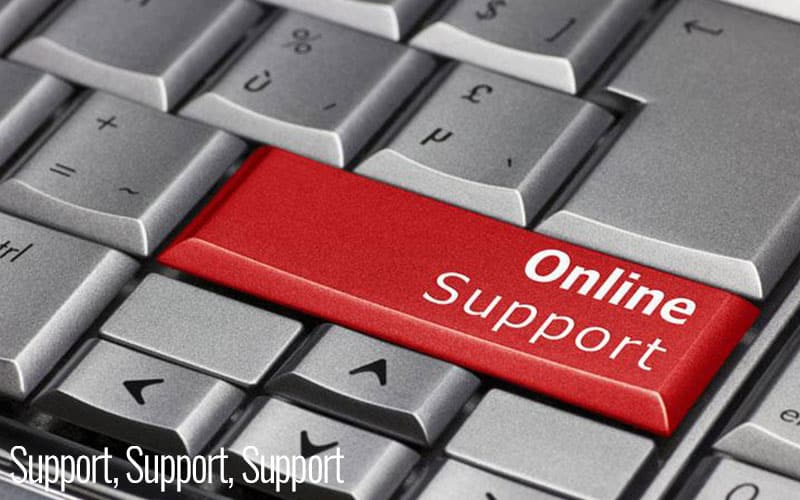 There is no denying that all operating systems have issues. I have been using Windows since 1994 and Mac OS since 2006 and both have the tendency to crash. I have also had my fair share of hardware issues with both operating systems. The truth is that none of these operating systems are perfect and to be honest they never will be. However, there is no denying that the two major OS developers have the resources to create bigger and better user experiences than the small groups of developers working on the various Linux distros. This means that if you do run into a problem that has you stumped then you will have to scroll through the tens of thousands of forum posts to find a solution. The next issue is that everyone thinks that they’re an expert and there is even the odd troll on these forums and this makes it harder to find a solution. I am not implying that this will never happen with Mac OS or Windows, however you will have more luck contacting Microsoft or Apple support for a fix. 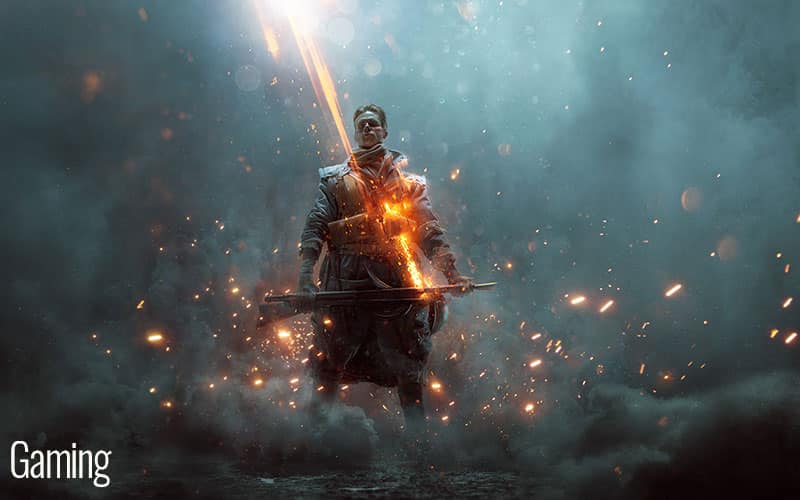 I can already imagine some of the hardcore Linux fans getting angry by the mere mention of the topic of gaming. Sure, there is Steam for Linux and while this might be great for those users who only play Steam titles, it is not great for the rest of us. Now, I’m sure that some Linux fans are thinking “You could use Wine”. I could yes, but this is once again an extra step that is required for me to play my favorite games. Wine would allow me to run Origin and play Battlefield 4 and Battlefield 1, but I could just use my copy of Windows 10 to do the exact same thing without the added step of needing a separate application. As an added hurdle, Wine is not supported by every distro. Sure, if you are running Ubuntu or Mint then you are good to go, but what about the close to 600 other distros that are floating about the web? Then the next issue that I have had a problem with in the past, was driver support for a graphics card. I installed a distro on an older PC that I was quite keen to try out, and lo and behold it did not like the NVIDIA GTX 560 Ti that was installed. After scrolling through what seemed like an infinite amount of forum posts I did manage to find a solution to my problem. However, this was frustrating and if you really want to game on your Linux system this could be a deal breaker. Furthermore, NVIDIA do not release updated drivers for Linux as often as they do for Windows.

Yes, I know that this is a matter of opinion and that this is the case for switching between any operating systems. I know that some users love their shell scripts and command lines, however, most users prefer a more simplistic user interface. I personally prefer a more streamlined graphical user interface and this might have something to do with my years of Windows use. Adding to this, Windows is battle-tested and while there have been some terrible versions of Windows over the last two decades, it still remains as a good option for the everyday user. There are even some Linux distros that are quite Windows-like and I personally like Ziron for this exact reason. Call me a creature of habit, but I like Windows and I personally think the Windows 10 is a good operating system once you fine tune some of the settings.

In the end, my decision to run Windows on most of my PCs comes down to the fact that Linux is not quite there yet in my opinion. Even as a writer, designer and a gamer, I don’t need all of the features that Linux offers me. Sure, I do have Linux on hand for when I feel like playing around with it, however I still do not see myself migrating to Linux as my main operating system in the foreseeable future. However, if you are interested in installing Linux then make sure that you do your research as there are hundreds of options on the web. Furthermore, you can have a look in our Best Budget Desktop Computers guide for an affordable PC to play around with if you don’t feel like going through the hassle of installing Linux on your main desktop PC.